Can Dogs Be Afraid Of The Dark?

Are you afraid of the dark? Many of us are, in one way or another. That’s not surprising. Humans evolved to work in the daylight and rest by the fire. Our eyes weren’t designed to operate in low light situations. So we tend to develop nighttime anxiety. Complete darkness creeps us out. (As for the “nyctophobics” among us, we imagine all sorts of scary scenarios hiding in complete darkness.) We fear it because, without our fire and technology, we can’t see — and we can’t assess the realness of any danger that might be hidden within.

But what about dogs? Can dogs be afraid of the dark, too?

You must first understand what “complete darkness” actually looks like to a dog.

Dogs have retained much of the night vision their ancestors had. Like wolves, dogs’ eyes give them the ability to see in conditions that look like darkness to us humans. Their eyes contain proportionally larger pupils than ours, allowing them to catch more light. Their retinas are more densely packed with light-sensitive cells called photoreceptors.

Moreover, dogs have a special membrane sitting right behind the retina of their eyes, called the tapetum lucid. (Nope, we humans don’t have this.) This tapetum acts like a mirror or built-in reflector, bouncing any photons it catches back to the retina. It enables dogs to catch even more details than their already-light sensitive retinas can unaided. The tapetum is also why their eyes shine at night, especially when another light source shines into their eyes.

Dogs also have far better hearing and sense of smell than we do. Because these are combined with their enhanced eyesight, dogs naturally have the confidence and ability to maneuver through “darkness.” This makes them less likely to develop real nyctophobia.

So what does it mean when a dog goes on high alert in dark areas?

A normal healthy dog has no fear of darkness.  A dog gets antsy in the dark only because he can see, hear, or smell the presence of an unfamiliar animal or object, which he feels is a possible threat. We think the dog is afraid only because we  don’t see what they’re reacting to.

But imagine what happens when a dog realizes he’s about to confront a familiar danger (something he once encountered in the past).

When he thinks he can’t defeat it or flee from it, that’s when we’ll start seeing real fear. We’re talking about seriously anxious behavior here, with any one or more of these symptoms:

If a dog is ever unfortunate enough to be subjected to extreme violence and abuse, he gets traumatized. He’ll remember the pain. He learns to associate particular smells, places, things, animals, and people with danger.

And when he encounters these familiar “triggers” again, he’ll present these signs of fear. It’s like the canine version of general anxiety disorder or post-traumatic stress disorder.

What makes dogs afraid of the dark

A dog only learns to fear the darkness itself when he is subjected to abuse that is repeatedly preceded or followed by long periods where he is left alone in complete darkness.

Typical dog abuse includes being beaten, ignored, tied down for days in a dark enclosed space, and left alone to die from illness or starvation. Such traumatic experiences can make dogs associate darkness with the pain they endured.

So if you rescue and adopt such dogs, they may exhibit symptoms similar to those of human nyctophobia and separation anxiety. They will not want to be left alone, especially in the dark.

But what if your dog isn’t a victim of past abuse and there proves to be nothing hidden in the dark for him to react to — yet he still acts paranoid whenever the sun or the lights go down? What else could explain his behavior?

In that case, it could just be a matter of aging. A dog could be having a vision problem associated with old age (e.g., cataracts). He could also be suffering from a neurological condition that leads to certain sight issues. His perception of his surroundings can also be worsened by the onset of partial or complete deafness, which often happens to older dogs.

Dogs with poor vision and other medical problems like these can get confused and fearful when left home alone or in a dark space. They can develop separation anxiety.

So what should you do if your dog behaves like a nervous wreck each time he’s in a dimly-lit area?

Your first step should be to bring your dog to the vet for a checkup. The veterinarian should be able to diagnose any underlying health problem or medical condition that might be causing or contributing to the dog’s behavior. From there, both you and the vet can decide what the best treatments for your dog should be. Depending on the case, these can include anything from medicines and surgical operations (e.g., to treat poor eyesight) to special diets and physical therapy. These will help boost your dog’s healing and emotional well-being.

But if the vet rules out health issues, it means your dog needs behavioral training. This is true whether your dog has had a happy life or is a survivor of trauma.

Enrolling him in a doggie school might help. Such programs run by professional dog trainers can help your fur baby re-learn not to be afraid of darkness. He’ll learn to stay calm and wait for your approval before reacting to whatever threat he perceives is there. He’ll forget whatever negative behavior he’s learned from the past.

Beyond enlisting the help of professionals, you can also help your dog further by:

Healthy, happy dogs don’t have a fear of darkness. However, they can be led to fear the dark when they are abused, or when there’s a medical cause behind that fear.  But don’t worry: with appropriate treatment, you can help cure any dog’s fear of the dark. 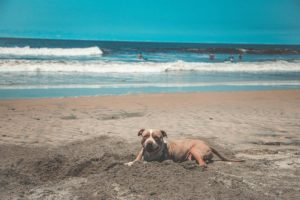 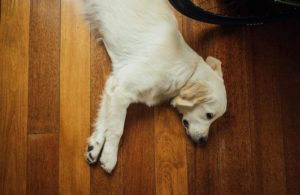 Why Do Dogs Sit On Your Feet? 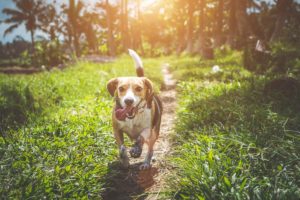 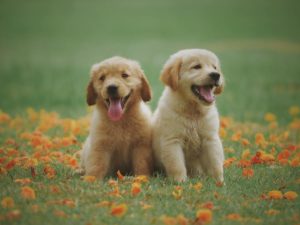