Like any normal human being, foods rich in sugar is arguably one of the most avoided meals known to man. Sugar has always been associated with quite a number of risks and is widely considered as one of the unhealthiest forms of foods anyone can have.

But while sugar does have its downsides, it also plays a vital role in our daily intake of foods such as meals and even drinks.

But this is for us humans. For our dogs, however, the case might be different.

In this feature, we will be discussing more about the effects of sugar on our four-legged friends.

Let’s get right into it! 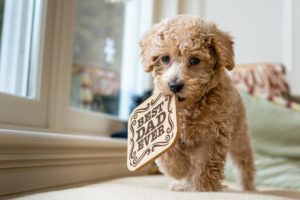 What Is Sugar Made Of?

Plainly put, sugar is made of a molecule known as sucrose, which is a form of carbohydrate. It’s also commonly labeled as “table sugar”, and it’s often found in plants and fruits.

Effects Of Sugar On Dogs

Just like the effects of sugar on humans, dogs can experience the same downsides of this sweet substance. Even artificial sweeteners found on treats can be dangerous, as too much sweets intake can lead to complications, such as weight gain or obesity, and diabetes. Although, some natural sweet substances found in fruits can be less lethal than the common natural sugar.

Although, let’s get one thing straight: dogs need some sort of sugar for their carbohydrate intake. As part of their diet, it is however discouraged to constantly feed the large amounts of sugar, such as ones found in chocolate and candies.

The short answer is yes. However, the case entirely depends on the amount you will give your dog.

Carbohydrates are a necessity for our four-legged friends, as they provide energy and protein to your pooch. However, anything that is given in big amounts can prove to be lethal in some cases.

Additionally, dogs who take huge amounts of this sweet substance are at greater risk of dental issues such as cavities, and can also put your dog’s heart under a lot of stress.

If you suspect your dog to have a high sugar intake, you can always check out for symptoms such as having bloodshot eyes, hyperactivity, and urinary tract infections or UTI.

Other Sweets Your Dog Should Avoid

If you have been a pet parent for quite some time now, then you may already be well aware of the effects of chocolate on your dog. It is one of the other forms of sweets your dog should be avoiding. There have been numerous cases linking chocolate intake to complications such as tremors, heart problems, and even death.

Another substance you should be avoiding is xylitol. Since most candies and sweets are infused with xylitol, then you should always be aware of the sort of food your dog eats.

The Wrap Up: Alternatives

Some of the safe alternatives for sugar are fruits that have natural sweets, honey, and even maple syrup., However, just because they are suggested alternatives doesn’t mean that you will be giving huge amounts. Just a dab would do just fine as an alternative to their treats.

At the end of the day, visiting a licensed professional should also be part of your normal routine. Maintaining a healthy diet and proper lifestyle is also crucial to help maintain your dog in top shape. 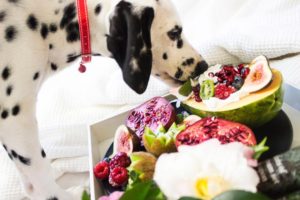