Your dog’s face is all puffed up. He’s teary-eyed, has trouble breathing, and the skin underneath his fur has developed itchy welts or a rash, which he constantly tries to scratch…

Yup, it could be an allergic reaction. If it is, you should take your dog to the veterinarian’s clinic or hospital for immediate treatment, to prevent the symptoms from worsening. But what if you can’t take your dog there until later in the day, or tomorrow? Could you give him something to tame the allergy, in the meantime? Can dogs take allergy medicine like the ones you take for your allergies?

Yes, dogs can take many of the same allergy medicines you use, but only as prescribed or advised by a veterinarian.

The medicines that doctors give to people for their allergies contain the same active ingredients veterinarians also use for dogs. But these are formulated with other ingredients that were designed for the human body. More importantly, they come in dosages or formats (e.g., sprays, pills) that are meant for an adult human being and are often too dangerous or inappropriate for a dog.

So you’ll need an experienced veterinarian to determine which medicine to use and what the right appropriate amount would be — don’t ever try guessing this on your own! The vet must also prescribe what else should be done in the long term to manage your dog’s allergy. An allergy isn’t something that can forever disappear with just one pill.

OTC allergy medications that could work

However, it still makes sense for you to stock up on common over-the-counter (OTC) allergy medications for both you and your dog. That way, you’ll be prepared for emergencies. You can simply phone your vet to get a prescription for right OTC drug and the right amount to give to your dog.

So which over-the-counter (OTC) allergy medications can you buy and stock up on without the need for doctors’ prescriptions, which you can use on your dog in emergencies? Here are a few examples.

These are the easiest anti-allergy medicines you can find at your local drugstore. These are used to counter a wide range of allergies in humans, from respiratory allergies to urticaria (hives). These usually come in the form of pills or capsules. These can also be prescribed to dogs but in smaller doses.

Some of the most popular are:

Antihistamines are generally safe. But some of them can make dogs either sleepy or hyperactive. Moreover, some veterinarians argue that antihistamine pills or capsules are only about 30% effective on dogs.

Some antihistamines are also sold in pure form. Others are combined with other active ingredients (e.g., pseudoephedrine — a decongestant for clogged noses) which are dangerous for dogs. Make sure to pick out only pure antihistamine brands so you can avoid accidentally giving combination drugs to your dog one day.

OTC corticosteroids come in the form of skin ointments, creams, gels, or sprays. These are used on extremely itchy and inflamed insect bites, which are a sign of an allergic reaction. These can be used on both humans and dogs.

While these topical steroid products are made with low amounts of the actual active ingredients (for safety), they’re still effective enough to alleviate the itchiness of any insect bite or rash your dog might be suffering from.

Examples of topical corticosteroids include:

For humans, the list of allergy medications may include a few OTC pain relievers. These are useful for taming painful skin inflammations (e.g., eczema) brought about by an allergic reaction to food, dust, pollen, cloth, insect bites, or other materials. Sometimes doctors will advise people to take them with antihistamines or steroids.

But be careful! Not all pain relievers are safe for dogs, as well. The most notorious of these painkillers are:

So a vet may recommend the use of the following OTC non-steroidal anti-inflammatory drugs (NSAIDs) instead, which are safer for dogs:

Note: this doesn’t mean that NSAIDs don’t have any side effects for dogs. They do. For example, an overdose of aspirin can irritate a dog’s stomach and cause gastrointestinal bleeding. Again, you need the guidance of a vet when using OTC drugs or products on your dog.

Some shampoos sold on the market are formulated to deal with people’s dandruff (seborrheic dermatitis). These products have anti-fungal, anti-inflammatory, and anti-itching ingredients like coal tar, selenium sulfide, zinc pyrithione, or ketoconazole. The same ingredients can also help in reducing itching and flaking from allergy-triggered dermatitis.

But can these human dandruff shampoos be used on dogs suffering from skin allergies? That depends on how sensitive your dog’s skin is. Ask your vet if these products are OK.

If they aren’t, the vet can also recommend medicated dog shampoos instead. You can find these shampoos in pet stores. And just as with flea shampoos, you won’t need a prescription to buy them.

There are also prescriptive allergy drugs that are now applied to dogs, which were originally intended for humans. If your dog’s allergy doesn’t improve after using OTCs, ask your vet if it’s advisable to use these medications.

Some corticosteroids are applied via injection or oral medication. These formulations are much stronger and more effective (by about 80%). The effects of these drugs on dogs are similar to OTC steroids, only much quicker. So they’re applied when a dog is suffering a severe allergic reaction or systemic anaphylaxis (e.g., the dog can barely breathe). But these are only available at the hospital or by prescription and  must be administered by your vet.

Janus kinase inhibitors have recently been tested on both humans and dogs. One particular inhibitor called oclacitinib (brand name: Apoquel) has been proven effective in providing some relief for dogs afflicted with allergy-driven dermatitis.

But while oclacitinib capsules seem effective, they can still trigger uncomfortable side effects in dogs, like diarrhea and vomiting. Doctors also advise that puppies younger than 12 months should not take this drug, as it may drastically affect their fragile immune systems and increase the risk of cancer and various infections.

So if your dog is suffering from an allergy, don’t fret. Dogs can indeed take allergy medicine that’s roughly similar to ours, as long as you have your vet to guide you. This means you have an ever-growing number of options for treating your dogs — and that’s good news! 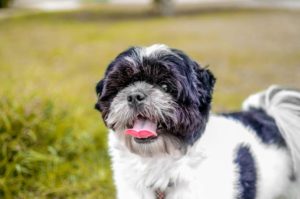 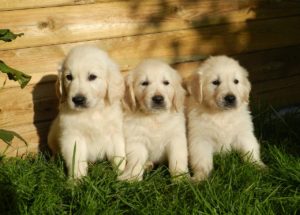 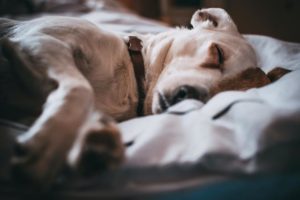 Can Dogs Get Acid Reflux?