How To Calm An Aggressive Dog

For the longest time, being able to calm aggressive dogs proved to be a challenge among pet parents, and even to a professional dog trainer. Although there are certain proper training methods used to pacify the said aggressive behavior, still it remains one of the most daunting tasks for any animal lover.

Even if you’ve been around dogs for long periods of time, their sometimes rough behavior can lead you to think twice before petting them. If not treated or addressed, these intense behaviors can lead to much more difficult-to-handle situations.

Now, I can almost hear you thinking, “How can I remedy the situation”?

For sure, other questions start to pop-up in your head.

“Are there warning signs I should look out for?”
“Is there a certain body language that gives pending aggression from dogs away?”
“Is aggression normal among animals?”
“How do I deal with the aggressive behavior of my dog?”

In this feature, we are going to talk about some of the tips and tricks you can consider when attempting to calm an aggressive dog.

Let’s get right into it! 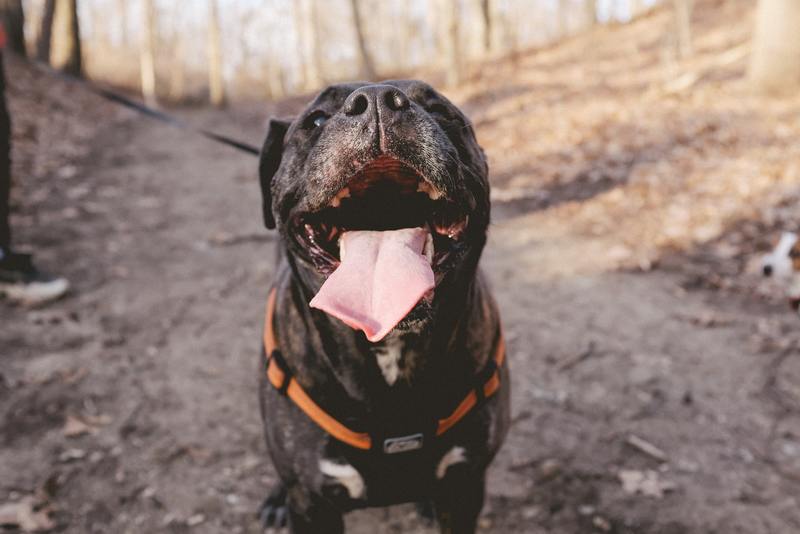 Why Do Dogs Become Aggressive?

When starting out with finding a possible workaround for your dog’s aggression, it helps to always know the reason behind why your pet is displaying this aggressive behavior. Often times, it’s not just because of a stranger or a car passing by.

Let’s take a closer look at some of the causes of aggression in dogs.

Territory – this can be common for your loyal guard dogs at home. When dogs sense strangers or intruders, they often exhibit a strong sense of protection. With territorial aggression, you will usually hear them barking loudly, and can be found visibly uneasy.

Possession – paint a mental picture of a baby holding their favorite toy. Just like this concept, dogs tend to be possessive of things they have and own, like toys and treats. It’s important to be aware of their reaction and tendencies whenever you try and take away their food or play items.

Protection – similar to possession and territory, dogs are known to be one of the most protective animals to ever exist. This is why they are perfect as guard companions. But sometimes, they have their tendencies and temperament. They tend to be aggressive when introduced to strangers and new faces within the pack or a household. This is especially common if you have your dog trained and have been around you for a long period of time.

Fear – now you’re probably thinking how dogs have had a reputation of being “fearful”. In reality, they’re just like humans. When faced with a scare or frightening situation, a dog’s tendency is to retreat and be careful with their approach. Be careful though: with fear aggression, they are known to attack and become even more aggressive when cornered.

Social Anxieties – when faced with social situations, they tend to be a bit aggressive, especially when they have not undergone any sort of socialization while growing up.

Defensive Tendencies – when their space is violated, just like in being territorial, some dogs can prefer to attack (or in reality, defend themselves) when threatened or surprised.

Emotional Temperament – this can be found most common in dogs who are leashed during prolonged periods of time. Emotional aggression is a type of aggression that can be associated with excitement or frustration that can be caused by a number of things.

Pain – this type of aggression can be the easiest to detect, as this often is showed and characterized by whimpers and subtle cries from your dog. This scary situation can often lead to bites when not handled appropriately, as dogs can do almost anything and have aggressive outbursts just to get out of any painful situation.

Sex-Related Aggression – this is common when two dogs (both male and female) are winning the attention (and possibly, the heart) of their potential mate.

Predatory Behavior – this is quite common especially when your dog’s hunter instincts are activated. This tends to show whenever your dog is chasing down a potential meal or a perceived threat to their pack or your home.

How To Deal With Your Dog’s Aggression

Ah, yes. The matter at hand.

Since we already mentioned the common causes of aggression amongst dogs, it’s always important to know the root cause of why your dog is behaving as such. Some of the most concrete steps you can do is to try and be more observant when you’re around your pet. Know what ticks him off, and gradually provide workarounds, training, and positive reinforcement.

During the early signs of aggression, it helps to be calm whenever you approach your dog. This is because when you fight aggression with screams or authoritative gestures, your dog can miscue it for attacks. This can be dangerous for you as an owner. It helps to approach them calmly, and with a gentle voice.

It also helps to prevent and avoid any of the trigger points of your dog’s aggression. If you notice them display aggressive behaviors when around people, try and place them in areas of the house where there is less people your dog is unaware of.

Also, don’t resort to punishment and inflict pain on your dog whenever the behavior starts to surface. If the situation can be resolved peacefully, than it’s best to do so.

Lastly, it’s always a good idea to train your dog, even when they’re just puppies. Creating a solid plan with a professional animal trainer can save you loads of effort and time, especially when the signs of aggression appear at an early stage.

And there we have it! These are just some of the tips and tricks that you can work on whenever you encounter a grumpy pooch. Always remember that at the end of the day, it’s always best to seek help from a licensed trainer or a veterinarian whenever your dog had too much T.V. watching “Anger Management”. 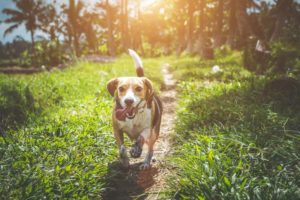 How To Train A Dog To Come 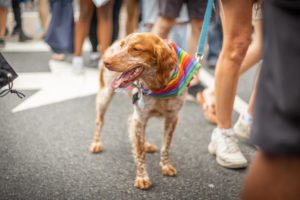 How To Approach A Dog 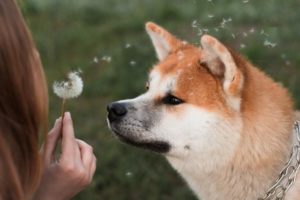 How Much Do Dog Trainers Make? 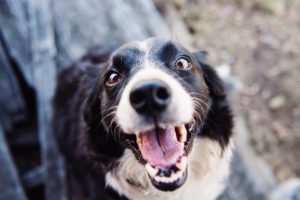 How To Stop A Puppy From Barking